It can’t be said more eloquently. 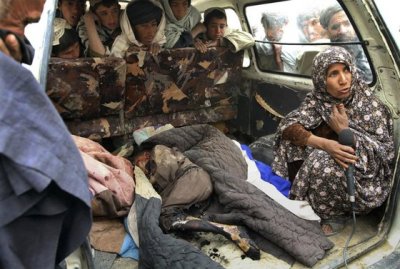 Chris Cooper’s plea for an end to the United States government’s officially sanctioned murder of innocent people (there is no distinction between civilians and military in Afghanistan) cannot be improved.
Read it and weep with me for the immoral actions of our government in our name.
Then take action. 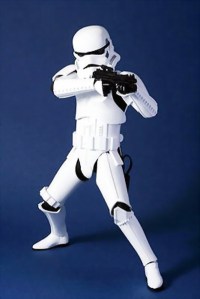 From the “News Mirrors Fiction Department,” albeit camouflaged and packaged in an elegant retractable model, combat fashion revives the ancient and venerable cod piece.

After all, what good does it do to conquer new territories if our returning troops can’t father a new Baby Boom generation of consumers? 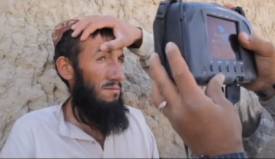 …let’s try it out on our subjects abroad. With No Oversight, US Army Amasses Biometric Data in Afghanistan | CommonDreams.org reveals that the US military is employing biometric data gathering to build a database of identifying information about Afghanistan citizens, for the Afghan government.

Barred from deploying such technology in the “Homeland,” the United States government is perfecting the technology and procedures in occupied Afghanistan. US soldiers are busy recording iris patterns and fingerprints of goat herders, bakers, women and children, amounting to hundreds of thousands of records to be handed over to the Kabul government.

How long will it take before the technology comes home to roost on the streets of the United States? How soon will “Papers, pliss?” be replaced with the Voight-Kampff machine of our Blade Runner nightmares?

…and out before first light.

In an amazing display of comic cowardice, the President of the United States snuck into Afghanistan under cover of darkness, with the curtains drawn on the windows of Air Force One. After of few hours of midnight secrecy with Puppet in Chief Karzai and his Komic Kabinett, Obama left before the cold grey light of dawn, winging his way back to safety in Fortress America.

The CEO of America, Inc. paid a visit to one of his wholly owned subsidiaries in the Middle East. The world is safe for hypocrisy. 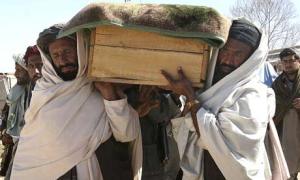 Marja Offensive Aimed to Shape US Opinion on War

The Pentagon is now using the deaths of innocent men, women and children as tools to bolster public opinion of citizens in the United States in support of continuing the invasion and occupation of Afghanistan.

In an act of brazen cowardice, US military officials targeted the city of Marja in Helmland, Afghanistan, knowing that the city was of little strategic importance, that it could easily be “subdued” (read: destroyed), in order to demonstrate the power of the new “surge” to win the war against the people of Afghanistan.

The US military has, once again, become an independent entity, dictating policy to the United States government and its civilian leaders, seeking to lobby the American people to support it’s useless and purposeless invasion and occupation of Afghhanistan. The deaths of civilians have been cynically deployed against the people of the United States in a carefully controlled and purposefully designed propaganda program, aimed at building support for increased military presence and deadly activities in this exceedingly poor and beleaguered country.

It’s time to take back control of the US military, to rein in the mad power mongers who seek total control over all aspects of US foreign policy. As Kennedy threatened to break the CIA into a thousand pieces, the Pentagon must be broken of its aspirations to unfettered power and returned to civilian control.

The military can never be allowed to hold power over the President, Congress or the people of the United States, nor must the Pentagon be allowed to conduct operations outside of government oversight.

The purpose of the US military is to kill people and destroy their infrastructure. This great power must always be held in close check, watched jealously, released only reluctantly and under a strong, short leash. The US military is far too close to wielding power over the US government and the people of the United States.

It’s time for a clean sweep down, fore and aft. 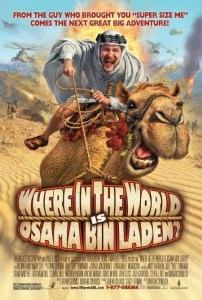 This must be the old grade school teacher ploy: when a student acts up, you smack the one sitting next to him, as a warning.

Since we can’t attack Saudi Arabia, the source of Bin Laden’s wealth (not to mention “our” oil), and the “Homeland” of the hijackers, we attack Afghanistan for providing a bolt hole for Bin Laden. Someone must be attacked and forced to pay for the Twin Towers and the people who died. So the innocent people of Afghanistan (not to mention Iraq) are visited by death and misery so the people of the United States can assuage their anguish and grief over 9/11?

But wait a minute, what about the oil pipeline from the Caspian Sea region? Remember, when George W, Bush invited the Taliban representatives to The Ranch, and whined and dined them to get concessions for a pipeline corridor. Where was that in Obama’s speech?

Remind me again – Why are we at war in Afghanistan? 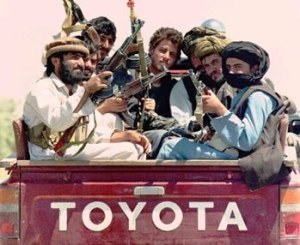 The United States is sending 30,000 fresh troops to Afghanistan, equipped with the very latest war technology, to fight against… this?

What is it about Afghanistan that brings great empires to their knees, with only a motley disorganized militia to defend its borders? Is it the rocky, mountainous landscape? Is it the cold and windy winter? Is it an entrenched insurgency familiar with the terrain and supported by the local population?

Let’s turn the telescope of history around. How did a rag-tag insurgency of farmers, shop-keepers, lawyers and landed gentry defeat the mightiest army of 18th Century and send them limping back to England in disgrace?

Could it be that the people of Afghanistan are dedicated to protecting their home from invasion by foreigners at any cost? A people honed in hardship in an unforgiving landscape. A people determined to protect their way of life. A people who just happen to be in the way of an oil and gas pipeline corridor at the moment of Peak Oil.

We elected a promising new President to put an end to this nonsense. What happened? And what do we do now?