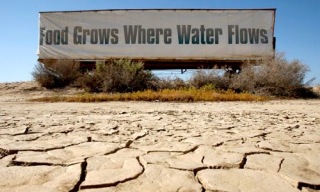 Lots of arm-waving, gnashing of teeth and pulling of hair on the Left Coast these days over The Drought. Of course, those whose interests are served, and pockets lined, by spreading fear of GLOBAL WARMING, and other myths, pound on about how climate change is the cause of The Drought, and, of course, humans are the cause of climate change.

Rather than sorting through the rhetoric, I decided to ask someone who might know about these things, atmosphere, weather, climate, etc. Here’s what the National Oceanic and Atmospheric Administration Climate Program Office has to say about the California drought:


“The current drought is not part of a long-term change in California precipitation, which exhibits no appreciable trend since 1895. Key oceanic features that caused precipitation inhibiting atmospheric ridging off the West Coast during 2011-14 were symptomatic of natural internal atmosphere-ocean variability.“

So there we are.

This doesn’t let Homo sapiens californicus off the hook by any means. There’s still plenty of growth maniacs running wildly about the place, ignoring natural limitations of resource availability, planning new housing developments, industrial parks, airport runway expansions, new dams on rivers, if there are any rivers and creeks left untrammeled. No matter what the human problem is, from poverty to urban crime to childhood obesity, growth is the first solution pulled out of the hat.

It’s time to stroll down to the local haberdashery and get a new hat.

The Anasazi of 12th Century New Mexico figured it out. When times got tough and rain scarce in the Southwest, they abandoned their Great Houses in Chaco Canyon and vicinity and scattered into the uplands, where summer temperatures were cooler, rain more frequent and predictable. They reinvented themselves as Pueblo people and continued to live in place. They’ve lived there for 800 years or so, far longer than the upstart Europeans who repeatedly tried to drive them off or wipe them out, and failed. 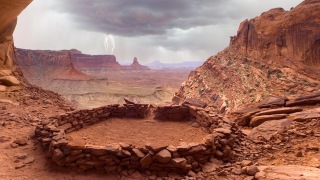 Now it’s our turn to be the Anasazi, if we’re smart enough, if we care enough. The imported European lifestyle just doesn’t work on this coast or this continent. Natural cycles far outspan the puny timescale, unbounded hubris and unrealistic aspirations of American endeavor. If we are to continue as a culture, a prospect looking increasingly doubtful, it will have to be as a very different culture, one which lives as a part of the natural world, not apart from it.

Not to worry. Those things that can’t go on forever, don’t. Mother Nature bats last. It’s hard and it’s fair.